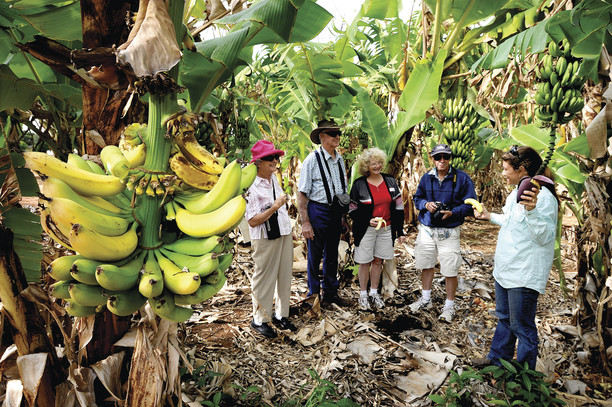 The plantations surrounding Carnarvon utilise 1020 heactares of cultivated land that are on fertile river delta flats.

Carnarvon, with a moderate, tropical climate and an abundance of ground water is the perfect location for growing tropical fruits. Carnarvon Banana Plantations have been growing the fruit commercially along the Gascoyne River, since the 1940's. Grown on flat surfaces in extremely fertile soil the Carnarvon bananas are the main fruit grown for shipment to Perth and form the basis for Carnarvon's thriving agricultural industry.

The Carnarvon Banana Plantations produce nearly 80% of all bananas consumed in Western Australia. The plantations use a sprinkler system for irrigation from water extracted from the underground aquifers in the Gascoyne River. There are over 70 banana plantations in Carnarvon, covering 350 hectares and producing 4,194 tonnes of bananas annually.

It is hard work on the plantations, with many of the workers still cutting the bunches of bananas by hand, using rather sharp machetes. Each bunch weighs about 50kg.

The banana industry in Carnarvon can be attributed to a man named Jack Buzolic. Mr Buzolic having written an article about the potential for banana crops in the area, planted the first banana suckers in 1928 and by 1930 he had his first saleable crop.

Carnarvon, with a moderate, tropical climate and an abundance of ground water is the perfect location for growing mangoes and it is the second most important fruit, behind bananas, to be grown commercially in Carnarvon. The Carnarvon mango plantations use a sprinkler system for irrigation from water extracted from the underground aquifers in the Gascoyne River.

The most commonly grown mango in Carnarvon is Kensington Pride accounting for nearly 90% of all crops. The harvest season for mangoes in Carnarvon is between late December and early February and each season produces on average 1300 tonnes. Other production regions in Western Australia are in Gin Gin and Kununurra. Australia produces an estimated 62,300 tonnes of mangoes which includes 48,700 tonnes of fresh produce and 13,600 of processed. 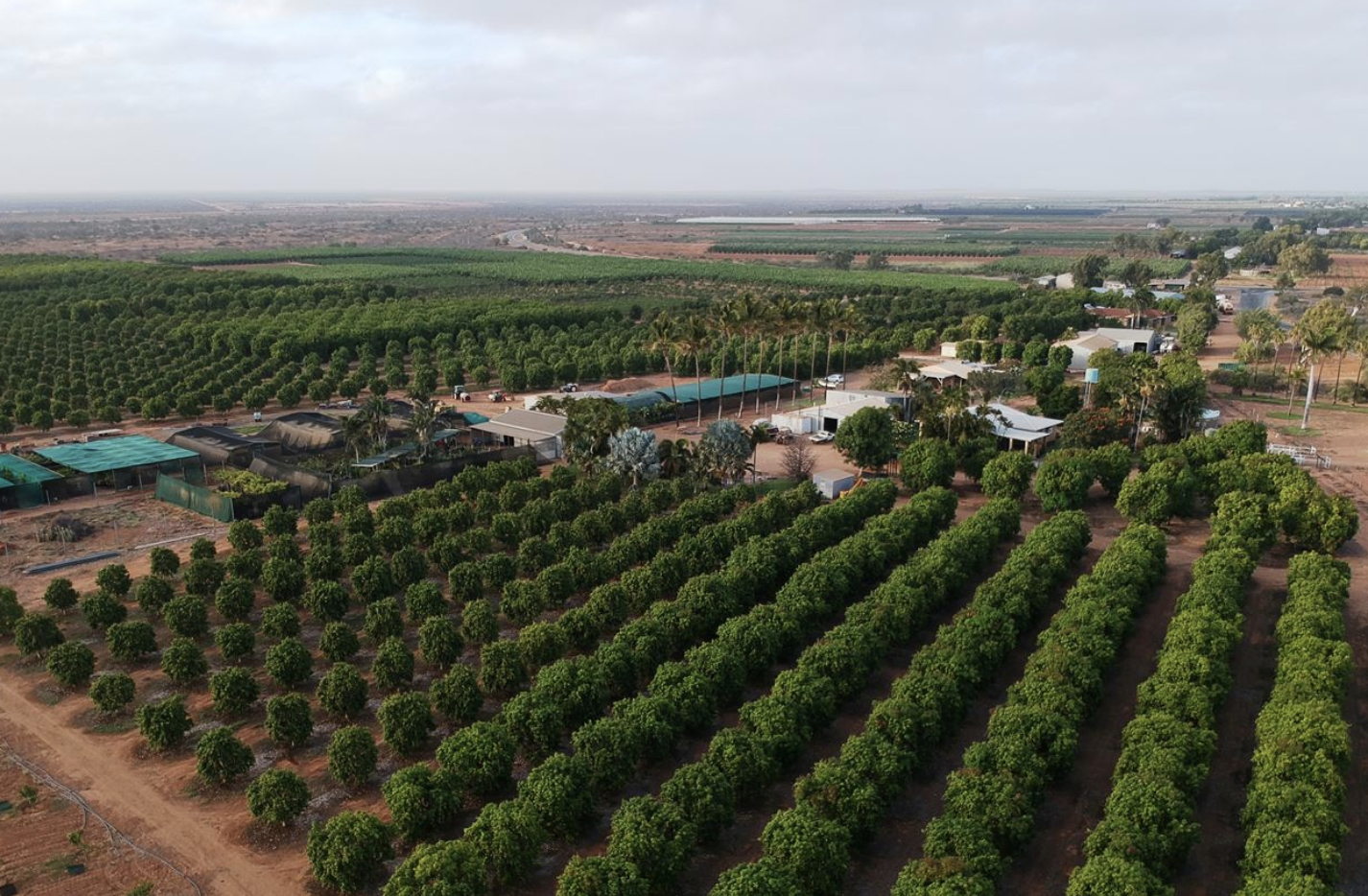